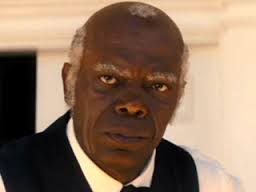 As the inauguration of Donald J. Trump as the 45th U.S. president draws closer, who will be his celebrity White House negro? The nominees vying for this unofficial, yet crucial, role in the president-elect’s cabinet are Kanye West, Jim Brown, Ray Lewis and Steve Harvey.

The grammy award winning rapper kicked things off at Manhattan’s Trump Tower on Dec. 13. West did his best impression of Stephen, the house negro character in Django Unchained. He didn’t say a damn word as Trump told reporters that “we’ve been friends for a long time” and that the pair discussed “life.”

Later that day, NFL Hall of Famers Lewis and Brown also met with Trump to supposedly talk about helping young people caught up in gang violence. During a CNN interview afterward, Brown said, “I fell in love with him because he really talks about helping African-Americans.”

And last week, comedian Harvey sat down with the president-elect, claiming he did so at the behest of President Barack Obama. After repeatedly bashing Trump on his radio program during the election, Harvey said the president-elect was “a great guy” and “genuine.” Nigga please.

They could learn from Georgia Congressman John Lewis, who wasn’t afraid to denounce Trump’s legitimacy as president because of Russian interference in the election. Trump responded in his usual bigoted way by accusing the African American icon — whose head was bashed in by police during the 1965 Bloody Sunday civil rights march in Selma — of being “all talk.”

When it comes to problems in America’s black communities, those four fools are clueless. They are too busy getting manicures and pedicures while living the Hollywood life. Kanye’s hometown Chicago is the country’s murder capital, but he can’t be bothered because he’s now a fashion icon married to a Kardashian. The last time I saw Ray near the hood, he was plugging his line of cigars at a smoke lounge. Harvey doesn’t have time to visit the inner city when he’s hosting radio and game shows all day.

Trump knows they are out of touch with ordinary black people. He only met with them to create the illusion that he wants to help African Americans.