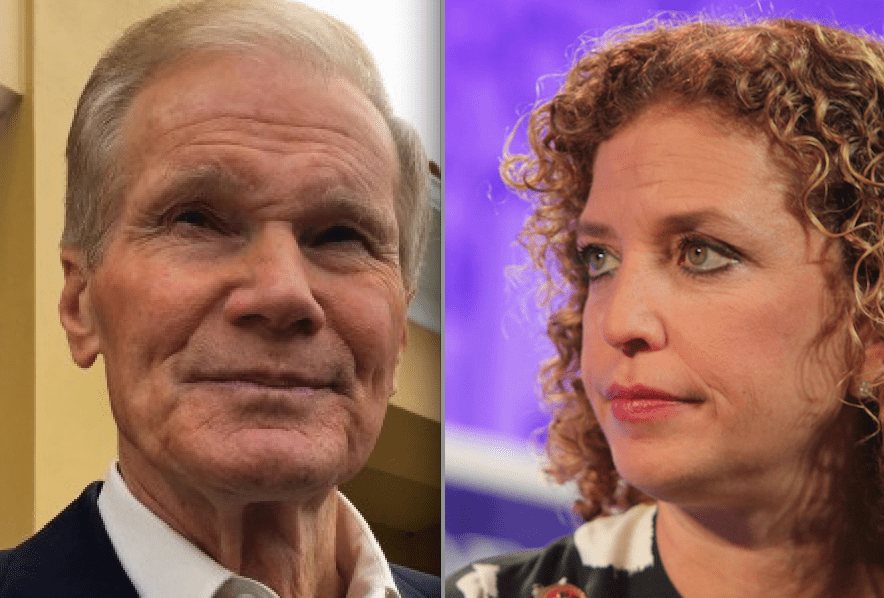 Democratic party full of shit when it comes to immigration

The Democratic Party loves to put on a dog and pony show that it is the righteous party in America. But don’t be surprised when nothing is done to solve the immigration mess we are in.

Republican and Democratic politicians feel the same way about people from Central and South America coming to the U.S. The Democrats don’t want them here either, but they pretend to care because they believe it will help them win the mid-term election with Hispanic voters.

Nelson and Wasserman-Schultz are using the images of kids being torn away from their mothers and fathers as a way to attack Trump and make themselves look like humanitarians. It’s all bullshit.

Long before Trump was hollering about closing the border along Mexico, Florida was the epicenter of another border war that favored one class of immigrants over another. When he was campaigning against then-President George W. Bush in 1991, Bill Clinton promised he would end the forced repatriations of thousands of Haitians fleeing a coup against Haiti’s president Jean-Bertrand Aristide.

As soon as he took office, Clinton changed his mind and continued the Bush policy of sending Haitians back. Clinton also sent tens of thousands of Haitians to live in a migrant camp in Guantanamo Bay, where roughly 30,000 Cuban refugees were being detained when he temporarily ended the U.S. policy of granting amnesty to those fleeing Fidel Castro.

Under pressure from powerful Cuban American exile leaders, Clinton cut a deal with the Cuban government in 1995 that gave birth to the “wet foot, dry foot” policy. The move allowed 21,000 Cuban refugees at Guantanamo to be admitted into the U.S. And for more than two decades, this country then allowed an average of 20,000 Cuban refugees to enter the country if they succeeded reaching U.S. soil. It came to an end in 2016 when Barack Obama ended the policy in one of his last acts as president.

Meanhile, Clinton could not give a single fuck about the Haitians in Guantanamo. In 1993, federal Judge Sterling Johnson Jr. ordered the release of 158 Haitian refugees with HIV and ordered the camp closed. Johnson wrote that Clinton’s policy of detaining refugees at Guantanamo was “outrageous, callous and reprehensible.” Yet a year later, Clinton was again sending Haitian refugees to Guantanamo.

I witnessed the awful conditions firsthand. I chartered a 727 airplane and brought humanitarian goods to the refugees. The Haitians were living in tents just like the ones now being used to house Mexicans, Central Americans and South Americans in Texas. The Demcratic Party stood silent alongside Republicans.

They did nothing to help Haitian refugees remain in the U.S. while scores of Cubans got in through the front door. It’s along the same lines as Trump calling Haiti a “shithole” country. The difference is that Democrats don’t have the guts to say so publicly.