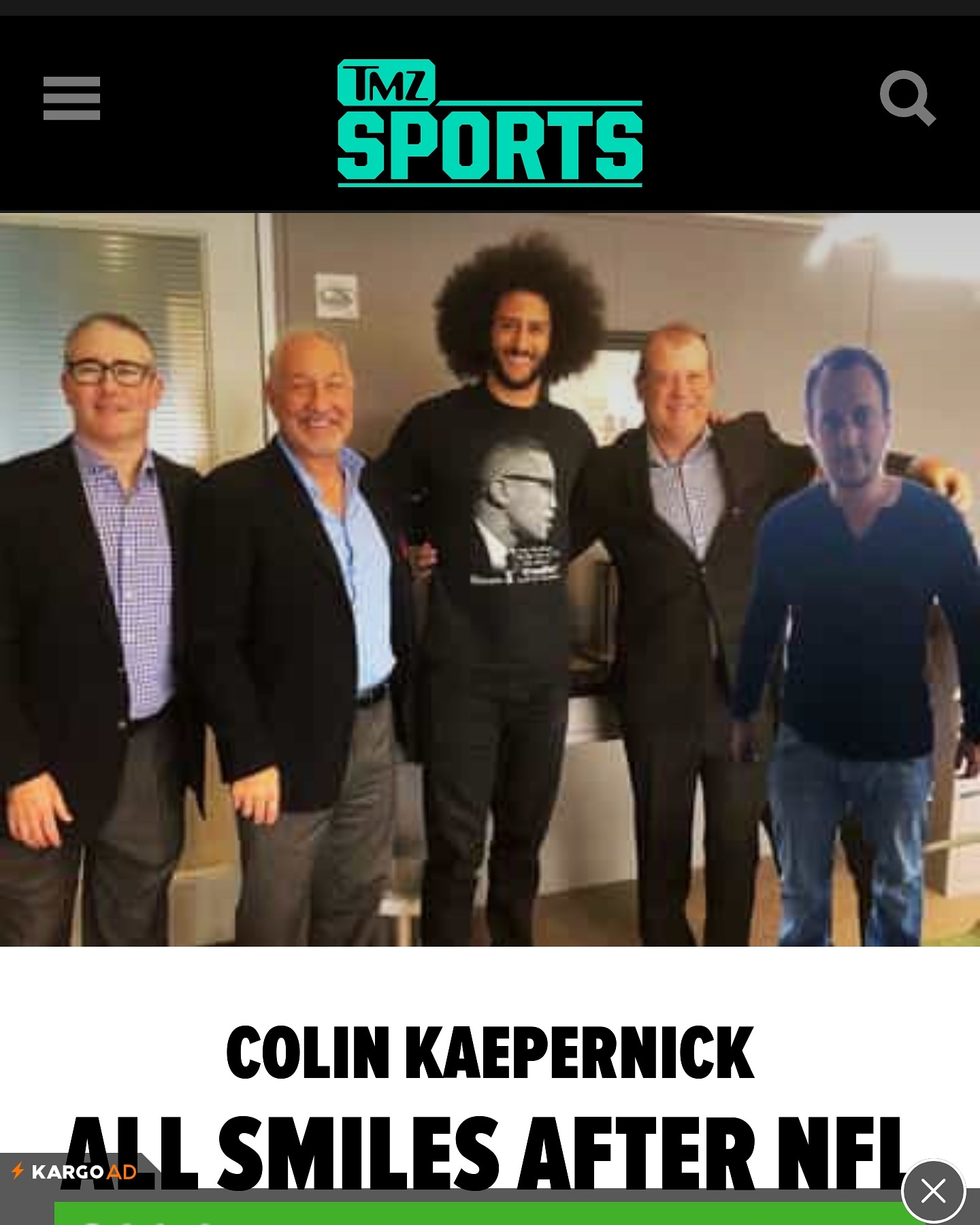 Kaepernick Sold out the Black Community

It’s a travesty that Colin Kapernick turned to an all white legal team to fight his grievance case against the NFL and the 32 team owners. Over the weekend, TMZ published a photo of the controversial quarterback wearing a massive grin and a Malcolm X t-shirt after cutting a deal that will pay him between $50 million to $80 million so he can end his lawsuit for getting blackballed in the NFL. He’s flanked by his three Caucasian lawyers, including celebrity attorney Mark Geragos.

In recent years, Kaepernick became a household name for leading the player protests against police brutality by kneeling during the national anthem before NFL games. He’s used the controversy to portray himself as a fighter against systemic racism in America. Yet, when it came to making his legal argument, Kaepernick didn’t retain an African American lawyer even though there are plenty of counselors of color who are equal to Geragos if not better.

For instance, Kaepernick could have hired Willie Gary, a famous attorney from Stuart, Florida who’s nickname is the “giant killer” because of the high-profile verdicts and settlements he’s won against some of the biggest corporations in the nation. In 2000, Gary won a $240 million jury verdict against the Walt Disney Corporation on behalf of a client who alleged the entertainment giant stole their idea for a sports theme park. A year later, Gary secured a $139.6 million berdict against Anheuser Busch. And in 2014, Gary hit the motherlode when a jury nailed R.J. Reynolds with $23.6 billion in punitive damages to the widow of a smoker who died from lung cancer.

Or Kaepernick could have retained Benjamin Crump, the Tallahassee lawyer and modern day social justice warrior. Crump has represented the families of Trayvon Martin, the Miami Gardens teen assasinated by George Zimmerman, and Martin Lee Anderson, an juvenile who died in a Florida youth detention center after a beating by guards in 2006.

Fighting systematic racism is not just about protesting police when they violate black people’s rights. It’s about getting banks to stop discriminating against black people who want to start a small business, but can’t get a loan. It’s about standing up for African American employees who get passed over for job promotions even though they are more qualified and have worked more years at a company than the white co-worker who gets the higher-paying position.

Kaepernick could have sent a message to black parents and black kids who want to become lawyers that one day they could represent a person of his stature in one of the country’s most important discrimination cases. Instead, Kaepernick showed us that a black attorney is not worthy to fight on his behalf.

And then he has the gall to wear a Malcolm X shirt and pose with three white rich dudes, something the civil rights leader would never do. Instead of fighting systematic oppression, Kaepernick is cementing its legacy by reminding black people they can’t win without the white man’s help.