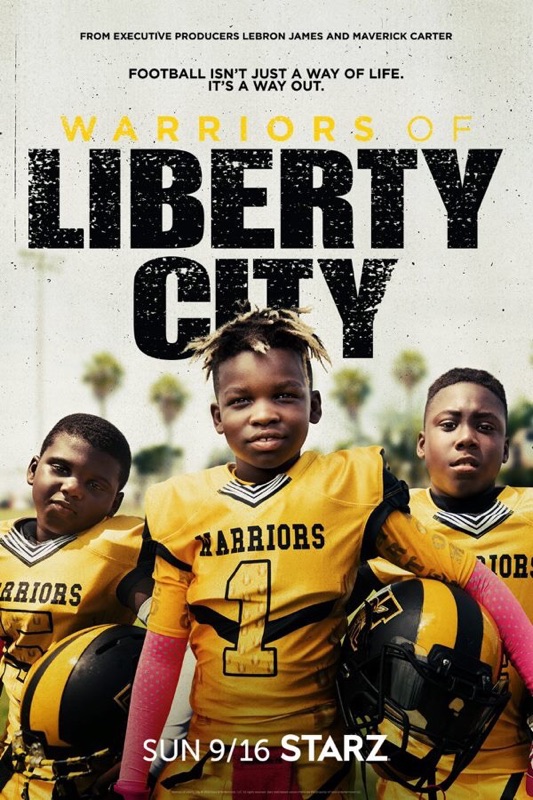 While I’ve had many epic accomplishments in my entertainment career, the most important project of my life debuts later this week. For months, there’s been a favorable buzz building for Warriors of Liberty City, the six episode Starz docuseries that follows the lives of everyone involved in the youth sports program I founded 28 years ago with the late Sam Johnson.

Warriors doesn’t only tell part of my life story, but of an entire community coming together to give the next generation a fighting chance at prosperity. The show is really about the parents who volunteer for the Liberty City Optimist Club, putting nothing but sweat equity into helping children in the neighborhood.

It’s a major reason Lebron James and his business partner and longtime friend Maverick Carter signed on as executive producers alongside myself and Evan Rosenfeld, the Miami documentarian making it big in Hollywood.

It’s hard to believe, but this mission began when I was a teenager. At the time, I was being bused to Miami Beach to go to school and play little league football. I didn’t know then that black people had to vacate the city by sundown or they would be thrown in jail. That revelation stuck with me as I grew into an adult. Starting my own youth program was always on mind. Black kids would no longer have to go to South Beach and be subjected to the shit I had to go through.

In 1990, I met Sam, a county bus driver who ran a little league baseball club who was introduced to me by my good friend Joe. I was also introduced to Charlie Brown, an executive at the Boys Club. I gave him a check for $75,000 to purchase uniforms for the kids and to be able to start football at Charles Hadley Park, which is still the Liberty City Optimist Club’s home.

In 2001, Chad Johnson became the first Liberty City Warrior to be drafted into the NFL. More than a quarter century later, The Liberty City Warriors has the most little league alumni who are currently playing or played in the NFL. Among the current players who played for the optimist club are Atlanta Falcons running back Devonta Freeman, Cleveland Browns running back Duke Johnson and Tampa Bay Buccaneers linebacker Lavonte David.

However, Warriors of Liberty City cuts through the NFL hype and also tells the stories of the kids who have become doctors, lawyers and bankers, as well as the dedicated team of unpaid volunteers sacrificing their time to steer black boys and girls on a good path. At a premiere event for the first episode, a lawyer friend of mine found the program so emotional that it changed his life.

This is not The Blindside where a white person is saving a black kid. This docu series is about black men and women coming to the aid of young African Americans, which is happening around the country in every major inner city neighborhood.

Warriors is definitely not a scripted reality show. We follow families going through some real life shit. For instance, viewers will follow Santonio Carter and his family as they continue to cope with the senseless death of his six-year-old son King, who was killed by a stray bullet in 2016. Santonio coaches one of the little league teams. Warriors gives you a perspective of what black people live through everyday.

Regardless of color, everybody should watch Warriors