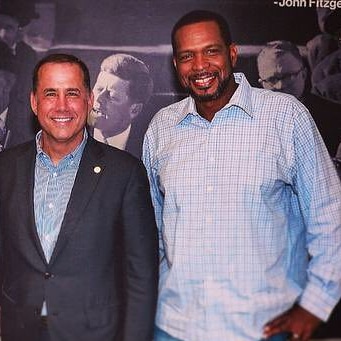 As the Aug. 28 primary draws closer, the battle to determine who will represent the Democratic Party in the governor’s race is tight. So I’ve been busy stumping for Philip Levine, the former Miami Beach mayor whom I believe is the best candidate to represent the interests of Florida’s African American population.

This has caused confusion in the community as black voters are asking why I am not backing Tallahassee Mayor Andrew Gillum, who is African-American. I remind these people that when I ran for county mayor in 2011, a lot of black voters didn’t cast ballots for me. Skin color didn’t matter then, so why should it matter now? How can anyone expect me to vote for Gillum when I don’t know him.

As for the other candidates running against Levine, Gwen Graham and Jeff Greene, I don’t trust them. In recent days, Graham aired an ad touting her progressive credentials, including her support of Obamacare. Well, her voting record shows that she wasn’t too keen on being a progressive member of Congress. VoteView.com, a website that analyzes every Congresional roll call vote, found that Graham was “more conservative than 91 percent of Democrats in the House at the time.”

And in 2015, her first year in office, Graham voted against President Obama 51 percent of the time. The following year, she voted against her party’s commander-in-chief 35 percent of the time, according to Congressional Quarterly. Her father Bob Graham, a beloved former governor and U.S. Senator, is a great guy, but Gwen is out here trying to mislead the black community.

Greene is nothing more than a billionaire spoiler who went from praising Donald Trump to condemning the president just in time to run for governor. Greene jumps into races and fucks up the Democrats’ chances. In 2010, he engaged in a bruising primary battle with then-Congressman Kendrick Meek for the U.S. Senate. Meek won, but Greene’s attacks hurt him in the general election as he lost to Marco Rubio.

Full disclosure: One of the reasons I am supporting Levine is because he is my friend. And the reason I consider him a pal is because Levine has shown genuine interest in helping African Americans in Miami. He made me and other African Americans feel welcome in Miami Beach, a city that doesn’t have the best reputation when it comes to dealing with black people.

Unfortunately, the Democratic primary for governor shows that the party still hasn’t gotten its shit together. As a result, the best candidate ends up losing when the vote is split among multiple contenders.
Follow me on Twitter and IG Unclereal1