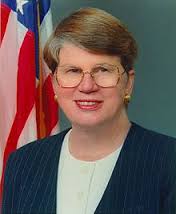 Janet Reno the best that ever did it.

The news Janet Reno passed away early Monday has left many black Miamians, including msyelf, saddened by her death. She meant so much to the African American community. She always stood up for us when no else would.

At the height of my fame, Reno was the only state prosecutor who didn’t come after 2 Live Crew for singing explicit lyrics when every law enforcement official in the state wanted to throw our asses in jail. In fact, she defended our first amendment right to be as nasty as we wanted to be. When I formed the Liberty City Optimist Club, Reno was the first person to make a donation to the youth program.
In 1989, I wrote and produced a song about Reno going after deadbeat dads. Performed by cousin and her rap group Anquette, “Janet Reno” was a big hit with single black moms from Overtown to Opa-Locka. Black dads knew if they didn’t pay their child support, Reno would throw them in jail. And she had zero tolerance for indiscriminate killing. If you murdered an innocent person, you were getting life in prison. Reno knew how to deal with the problems in the African American community.
As a result, she was the only white lady who commanded the full respect of black Miami. At the annual Martin Luther King Jr. parades, Reno would get more cheers than the Miami Northwestern marching band. She didn’t need politcians and pastors to endorse her.
People may have disagreed with her, but they repsected her. As Miami-Dade County State Attorney and the first woman U.S. Attorney General, Reno handled her high profile jobs with professionalism. She never allowed politics to dictate her decisions.
Reno was a true Florida icon
Follow me on Twitter and Instagram
Unclelukereal1
Share: